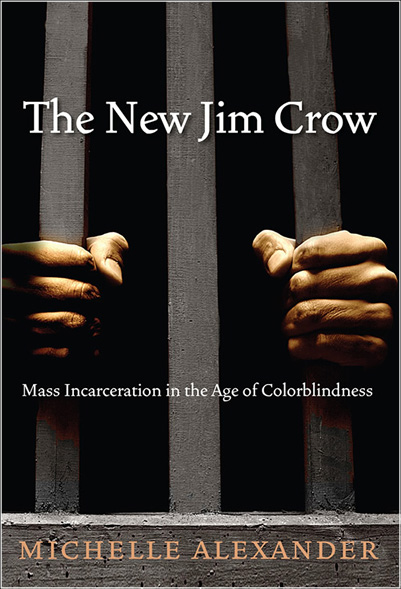 I am reading The New Jim Crow: Mass Incarceration In the Age of Colorblindness by Michelle Alexander. As a white person, in the South, I feel it’s my duty to understand race relations and become an agent and ally for change. I’ve read: Waking Up White, Just Mercy, and The Hate U Give this year, in an effort to understand where and how I perpetuate racism as a system of control over African Americans. No one wants to think of themselves as racist. No one. But, in a system contrived to keep an entire race down, we are all complicit in perpetuating the cycle of racism that exist in the U.S. today.

In the New Jim Crow, Alexander explains the system of mass incarceration and how it became a system directly following slavery. I’m still within the first 50 pages of the book, and already I’ve learned that the systemic racism established in the South was methodical. Directly following the Civil War and the freedom of the slaves, during the Reconstruction period, a lot of strides were made in granting freedom and liberty to African Americans. In 1866, the Civil Rights Act gave African Americans full citizenship. The 14th Amendment prohibited states from denying citizens due process. The 15th Amendment state the right to vote could not be denied based on race. And the Ku Klux Klan Acts declared interfering with voting a federal offense and violent infringement of civil rights a crime (Alexander, page 29).

After this happened, there was a great increase in the number of African Americans who voted and who sought legislative offices. And this scared the white elite of the South, because they felt like they were losing their power, their livelihood.

So there was a backlash. And the Southerners found ways to keep African Americans in their place, an earlier precursor to the Jim Crow Laws. When incarcerated, African Americans were sent to farms and literally worked to death. Incarceration of African Americans soared (just like it is today), as a way to control African Americans. Eventually, work farms like Parchman Farm in Mississippi sprang up.

Around the turn of the century, a “Populist” group of poor whites joined together with poor African Americans to fight against the power of the White Elite. The Populist group, at first, strove for equality with African Americans touting liberalism as paternalism, which the African American population did not like. The Conservatives played off of this and even convinced some African American voters that the political and economic equality touted by the liberals could cause the blacks to lose everything they had gained since the end of slavery.

All of this or most of this was economically driven. After the Civil War, white elites were put into a precarious position, because they no longer had free labor. When African Americans were given more rights, white elites saw this as an attack on their power, and they suppressed that power. Jim Crow ended mostly because of public (global) perception during World War II, and due to the Civil Rights Movement. But as it ended, new systems were being put into place to check the power (economic, intellectual, and otherwise) of African Americans.

I am only at the beginning of this book, and I can already see how the system collaborated to make it hard for African Americans to flourish. The U.S. perpetuated the idea that African Americans were somehow different from us (after all, at one point the U.S. Constitution considered them 3/5ths of a person). After the Civil War, the idea of the black savage was painted with a heavy coat. African Americans were disproportionately incarcerated and given long sentences. Some children were even incarcerated for minor infractions. If one thinks the black savage is an idea of yesterday, they need to think again.

4 thoughts on “No One Wants To Be On The Bottom”